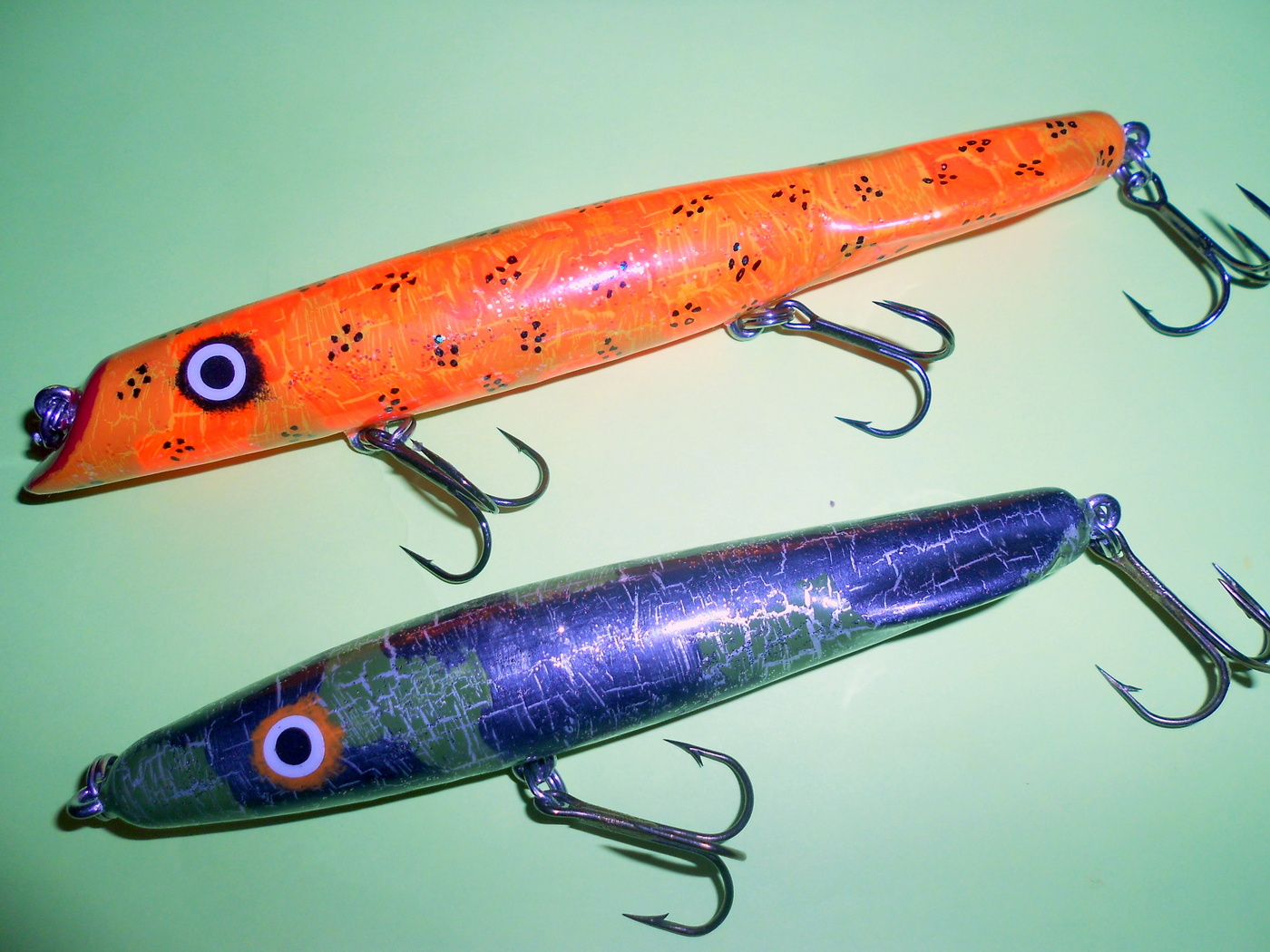 Here are two sinking glidebaits , that I've named "DaBomb" due to their shape , .......the idea for this lure was spawned by having seen a "River Run Manta" pool video years ago , the sideward glide of this lure was just amazing and I figured out , that this was because of it's stabilizing tail fin minimizing the roll of the lure on an initial jerk with the rodtip , just putting more energy into the forward glide instead of wasting the inertia into a roll .

Thought about making sucha lure without an added polycarbonate fin and turned the blank with an integrated knob in the rear , from which I had carved out the fins .

The initial prototype made more than three years ago caught a few fish , before I finally hung it into a tree , ...shortly after I made these two new ones ,..... but now , after sucha long time , I finally finished them , the blanks have hung in the basement untouched for more than two years ,.......this time in a crackled finish with one base color and two covering colors .

The larger one sports a small diving plane , as with the first prototype I had found , that the lure has a tendency to come up towards the surface , ....so maybe the diving plane would help to maintain depth ?

Here is a video of the first "DaBomb" prototype , displaying fish caught an some words of explanation,......... hopefully these two new ones would perform the same or even better(and not end up in a tree as well (LOL) :