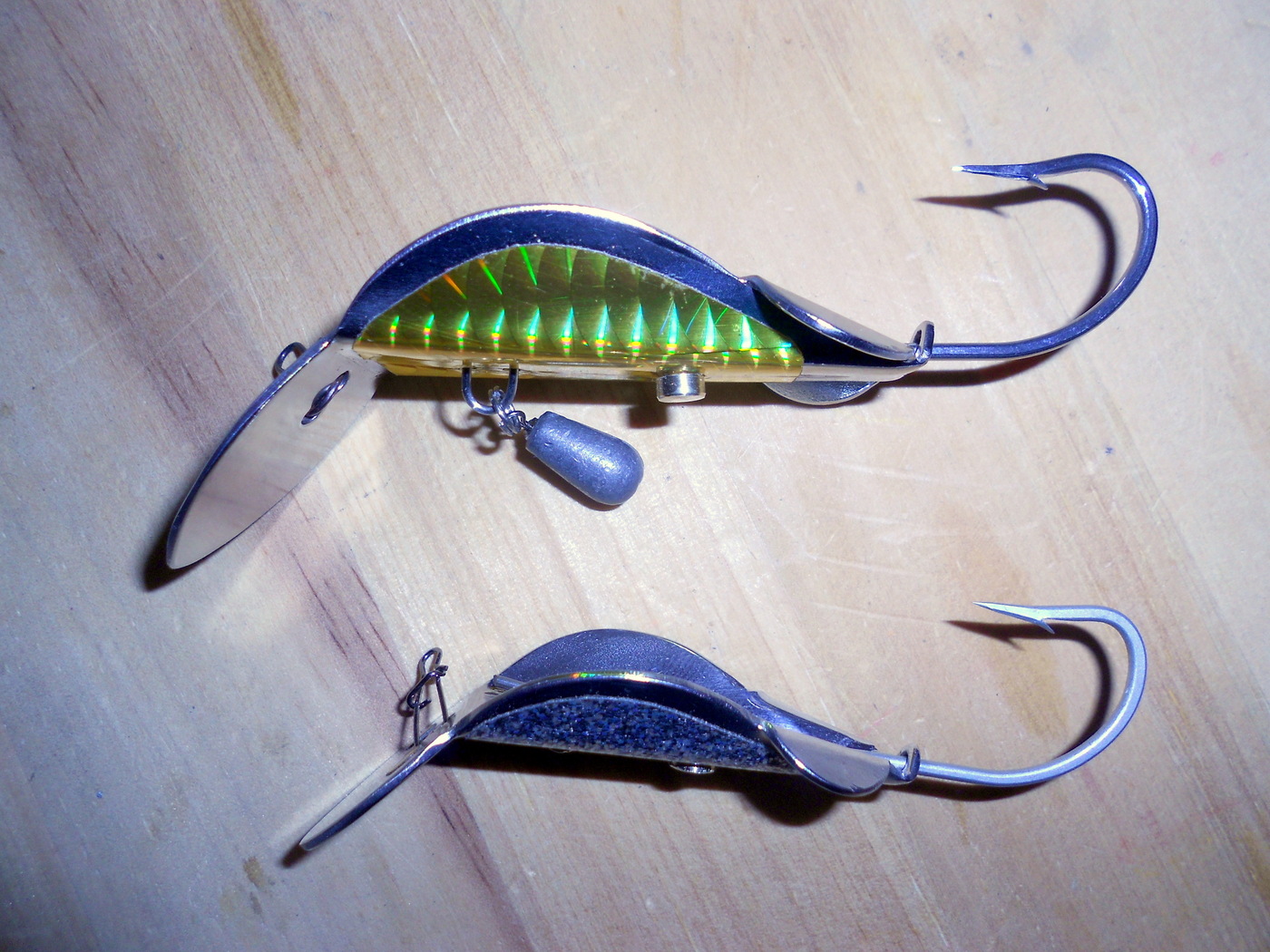 A while ago I had posted some Spoonplugs in here , rather unfamilar lures to me,......now I've made a few more(not shown) , ....but amongst these two versions sporting a single hook .

My goal of design was not creating weedless lures , but rather reduce the possibilities of bottom snagging of these sinking and deep running sheet metal lures .

But during first tub tests I've found , that such a sinker might be obsolete , since bending the diving lip a tad more downward might be enough to balance the Spoonplug not to turn over anymore .

Also the attached sinker slows down the wiggle a little bit, .....but yet would improve the casting performance and would cause the lure to run deeper .

The snugly fitting rivets to fix the VMC single hooks are homemade from round brass stock , just filed down to requested diameter rotating in the chuck of my lathe, ......came much easier and faster than I had expected .

Thanks a lot for your interest , ...greetings , Dieter