Top Posters In This Topic

I am a bug photographer. I will crawl on my belly in the mud or wade up to my knees in a paddy field to get that shot of a butterfly or dragonfly or wasp etc.   Indonesia is a great place for this h 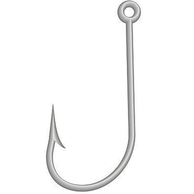 Well since I’m brand new here it’s probably obvious that i am trying to add lure making to my list of hobbies. Over the past year i have been slowly adding tools to be able to fully make my own baits